HelloTalk, FluentU, Rosetta Stone, Hello English, and Speaking Pal’s Learn English Speak English are some top language or English-learning platforms covered in this report, which are focused on speaking skills, and whose countries of launch and head offices are in the Latin American, Central American, and Asian (China, India, Indonesia, etc) regions. We determined that these are among the top apps for spoken English based on multiple mentions across various platforms, including Pronunciation Pro,Educational App Store, FluentU, Tutor Vidya, Android Authority, and Hongkiat. 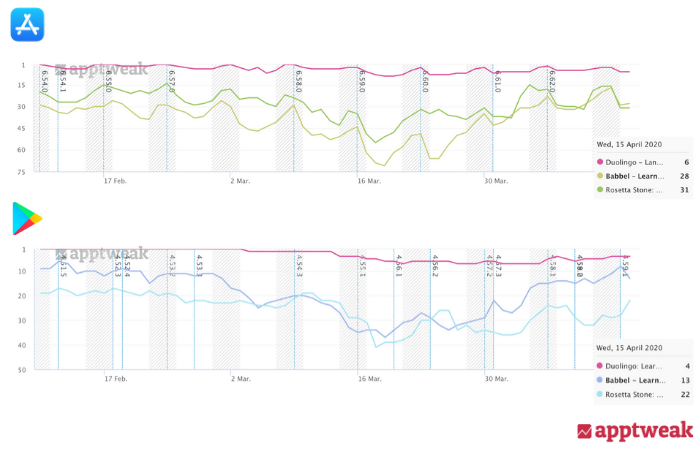 2. Adoption of AI in Language Learning