In 2016, the most recent year for which there was publicly available information, the top six credit issuers spent $22.6 billion on annual rewards. With additional data showing that American Express spent $10.439 billion in 2019 and that JP Morgan Chase had $6.4 billion in rewards liabilities at the end of 2019, it seems clear that the amount for the industry as a whole would be significantly higher in 2019 than it was in 2016. Government reporting from 2019 estimated that rewards spending had increased by 84% since 2015. 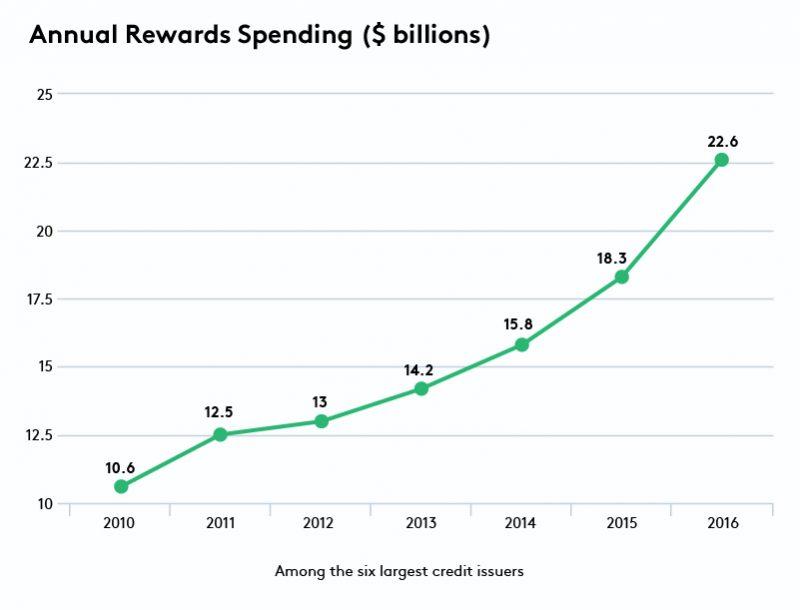 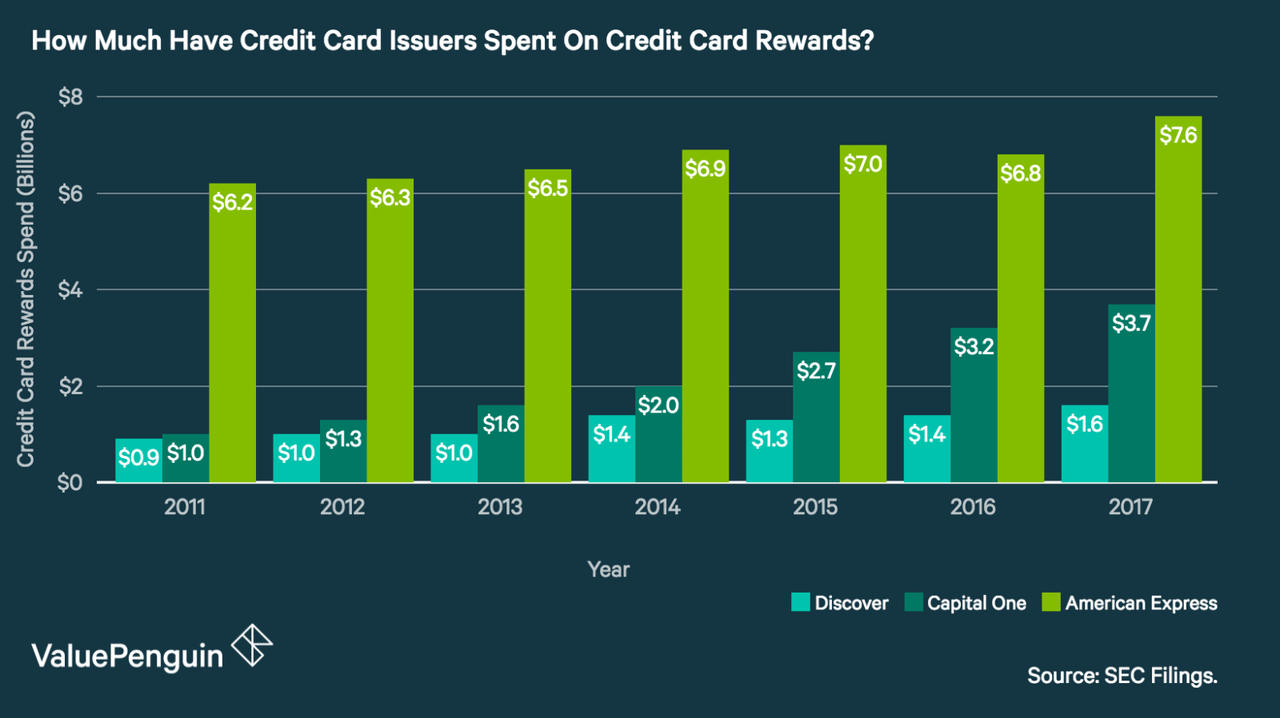 While our research allowed us to find relevant data on the growth of the credit cards rewards market over the past few years, we were not as successful uncovering data on the market size or future growth rate for the industry.
We started by looking for market research reports on the credit cards rewards industry as they usually provide some useful data even when the majority of the report is paywalled. The only report found that focused on the credit cards rewards industry was from Mintel, and the summary did not share any data on the size of the market or CAGR.
We also examined data from reputable financial sites, data consolidation sites, and reputable media sites such as Business Insider, Statista, ValuePenguin, and Pymnts.com. While this allowed us to find much of the data above on future trends, the impact of COVID, and spending data for past years, there was no publicly available data on the market size or future predicted growth.