The cannabis market size in the United States is expected to reach $29.16 billion by 2025, expanding at a CAGR of 14.5% from 2019 to 2025. Relaxation, stress relief, enjoy social experiences, reduce anxiety, and improve sleep quality are the most common reasons for cannabis consumption among adults in the United States.

Acceptance of Cannabis over the Past 20 Years 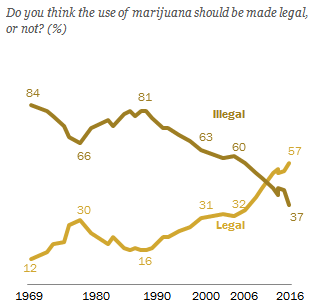